In previous “Texas Deserves a Secure Electric Grid” Capitol Hall Reports, I addressed the clear and present danger of the electromagnetic pulse (EMP) threat to the state of Texas. In these articles I highlighted how our Texas electrical grid infrastructure is vulnerable to an EMP attack or a geomagnetic storm event, the societal and economic benefits of hardening our electric grid from EMP, and most importantly the electric industry lobby’s influential strangle-hold on elected officials that is preventing efforts to secure the electric grid at the national and state level.

Arguably, the three most important things necessary to sustain life today, in order of importance are: air, water, and electricity. Yes, in today’s digitally driven world, access to electricity is more important to sustaining life for many people than food. However, electric company executives have historically sought to minimize  the seriousness of what many experts believe is the single greatest threat to the continuing existence of America today: an EMP induced loss of electric power. Specifically, PanCo executives have spent billions of dollars on lobbyists who influence elected officials to stand against legislative action that would secure the electric grid from EMP and protect the citizens of Texas. In Texas, AECT distribute documents with false and misleading so called “facts” in an attempt to influence legislators to oppose our EMP protection bill.

As I have stated before, a plethora of comprehensive, academically vetted, and scientifically backed research has warned of the destructive societal capabilities of an EMP event. The 2008 report by The Congressional EMP commission highlighted the interconnectedness of our critical infrastructure apparatus and warned that the loss of the electric grid from an EMP event would send a wave of cascading failures throughout the remaining other 15 sectors (see graphic). Over a very short timeframe, every other critical infrastructure sector would cease to function properly or to even function at all. Without electric power, Texans would no longer access to even the most basic of life sustaining necessities. 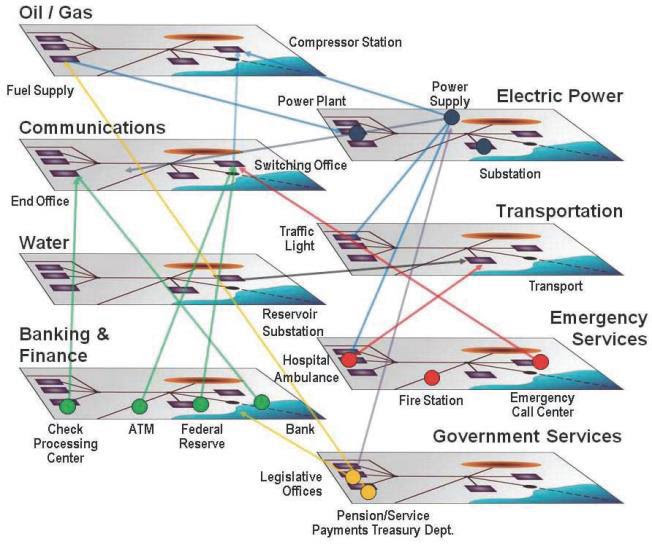 (Source: Graham, W. R., Foster, J. S., Gjelde, E., Hermann, R. J., Kluepfel, H. M., Lawson, R. L., et al. (2004).Report of the Commission to Assess the Threat to the United States from Electromagnetic Pulse (EMP) Attack: Executive Report. Washington DC: Untied States EMP Commission.)
The concerns expressed by our nation’s foremost experts on electromagnetic pulse and electric grid security have not swayed the electric industry lobby to implement any EMP protection efforts that jeopardize the industry’s existing autonomy. Just last year, during the 2015 Texas legislative session, I witnessed first-hand the devious methods that were employed by the electric power lobby as they placed profits and shareholder interests above the public safety of their customers. On behalf of their electric industry employers, these lobbyist conducted an extensive misinformation campaign that led to the passage of a watered down version of Senate Bill 1398 in the Senate. Later the power companies’ lobbyists were successful in getting it killed in the Houses’ calendars committee.

The good news is our Lt. Governor has recognized the seriousness of the EMP threat by authorizing our request for an interim grid security study. Also, Governor Abbott has made securing our electric grid a priority item. We are very grateful and blessed to have this support from our Governor and Lt. Governor.

During this next legislative session, the outcome must be different. Texans must take a stand and no longer allow the electric industry to continue their dangerous game of Russian Roulette with our 21st century way of life.